What started as a blues-rock revival project in the garage of a friend’s house in Sunnyvale, CA, in mid-2019 soon turned into the passion project of three talented young men. The first iteration of the current band played their first show in the famed Catalyst in Santa Cruz, CA.

Amongst the punks and surf heads of Santa Cruz, lead singer/guitarist Jackson Roemers came together with bassist/vocalist Fabian Angel to begin a new project with a new name and uniquely familiar sound, officially creating Stratejacket. With this raw, rebellious sound came new ambitions and a drummer to match in Nate Mangold who joined the band in 2020.

Stratejacket have established themselves as an alternative pop-punk rock trio who draw inspiration from classic rock to Nineties and Noughties punk. Their intense energy can only be conveyed as youth everlasting, of which their music bursts at the seams with. 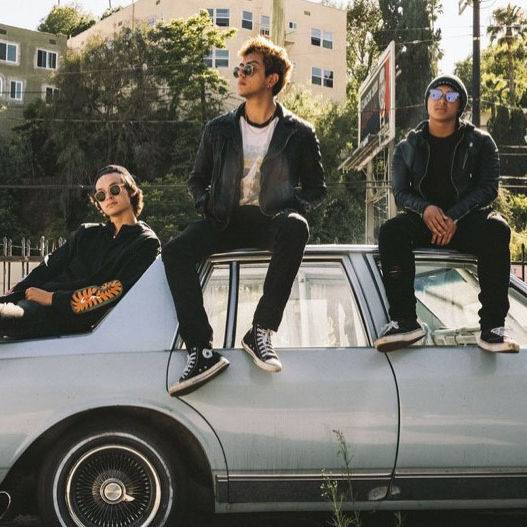